We’ve been blessed, and we want to bless others 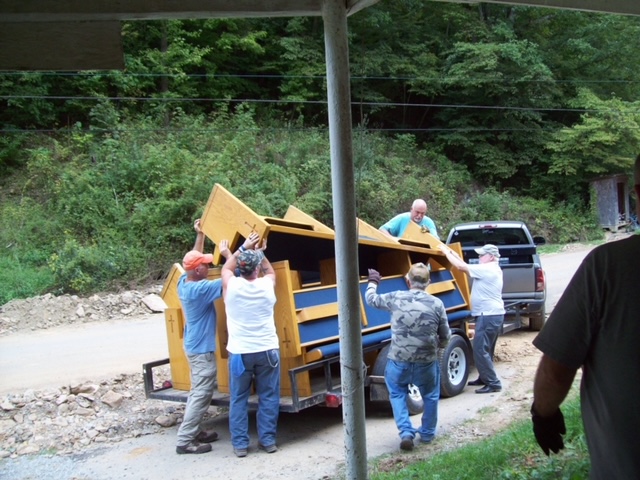 Jim Stiefvater was recently part of a team that helped with repairs to the sanctuary at a Kentucky church damaged by a mudslide. He reflects on what it means to give back and wants to invite you into the project.

The door was old. Probably opened and closed for decades. A small hole in a lower panel perhaps created by a child that has long since become a senior, but the inside of the hole had been painted during one of the many coats applied over the years. The door latch must have rusted and no longer served its purpose, so it was discarded. A knob on one side of the door seems to have come from another door, so although it didn’t line up with the knob on the opposite side, one could still use it to move the door.

The impression left by the door was that the owners were frugal. They likely knew how to make the most of the resources they were given. The same impression could be witnessed throughout the rest of Shepard Memorial Church in Stopover, Kentucky. The resources they have been given are thoroughly used. When a mudslide overwhelmed their abilities to remain a vital part of the community, they asked for help.

First Pres has been blessed with an abundance of resources, and we have been helping, sending two small teams for rebuilding projects and now by collecting funds for the project. Luke 12:48 states, “To whom much is given, much will be required.” How are we being intentional about sharing our resources? Prayerfully consider donating your time, talent and resources to our Local Missions Team or to the special offering we are collecting until Nov. 7 for Shepard Memorial Church.